… headaches, IIH, brain fog, weakness etc are caused by compression of/damage to the spinal cord due to the elongated styloids preventing the skull from optimal movements and inducing positional stenosis?
Not the compressed IJVs per se? 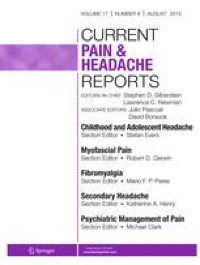 Cervicogenic headache is pain perceived in the head but referred from a primary source in the cervical spine. The physiologic basis for this pain is convergence between trigeminal afferents and afferents from the upper three cervical spinal nerves....

Interesting theory, @vdm. Not impossible. I don’t have time to read the articles now but will do ASAP.

That’s interesting! Thanks for posting

My doctor seems to think my migraines, vertigo, brain fog etc is coming from damage to my upper cervical spine/sub occipital area not so much my ijv compression. Not sure if he’s correct or not but both have overlapping symptoms. Could have a little of both

Interesting… Did the doc order any specific scans to check those possibilities?..
I found one here: Craniocervical Junction MRI scan | Medserena Open MRI
Just that it’s in the UK…

I’ve had high double digit scans. Mostly CTs, a few MRIs and multiple X-rays. Nothing ever shows anything in the upper cervical area. One surgeon told me neurologist don’t focus on anything above c2 and he said most neurologist are “garden variety”. He thinks standard imaging is pretty pointless for upper cervical stuff unless there’s the obvious “big bad wolf”. He thought Johns Hopkins or Cleveland clinic was where I should go. I’ve been pushing for an upright mri and functional CTs/MRIs for years. I keep being told there’s no difference. The literature seems to state otherwise. I think I have a similar injury to Jim McMahon if it is upper cervical. I get what I call “episodes” that consists of vertigo, uncontrollable heart rate /BP, temperature fluctuations and dementia like symptoms to name a few. I’ve always leaned towards my neck but I do show ijv compression and bilaterally thick and long styloids . For what it’s worth applied pressure to my upper cervical area can set off those episodes. I think the nerve may be damaged as I get debilitating headaches from that area . I’m going to look into that craniocervical mri. Thanks for the link.

@11bravo - have you seen anyone about having your styloids removed? Sorry if you’ve mentioned this & I missed it. Since your styloids are both long & thick, there’s a good chance you have some serious vascular compression going on. The temp fluctuations & crazy heart rate/BP would be coming from a distressed vagus nerve & dementia-like episodes plus debilitating headaches could point to IJV compression. I would say the sooner you can get your styloids off those soft tissues, the sooner your nerves & IJVs can start recovering. Your nerve damage may not be permanent.

If you can’t find someplace in the US that does the craniocervical MRI, I would try dealing w/ the styloids first as they are known to cause the symptoms you have. If those symptoms don’t resolve after ES surgery, then pursue the MRI.

I’ve got an appointment with dr morgan in Clearwater who can hopefully get me referred to one of the main eagles doctors in Jacksonville. I definitely have ijv occlusion but everyone says it looks like my c1 is causing the occlusion vs the styloids coming back into the veins. I reached out to a clinic in Norway for tos and headaches and he’s the one who pointed out the ijv occlusion. He did recommend a styloidectomy but he also said I should try fixing my neck posture through strengthening exercises as that may pull the c1 into place. He said he gets good results with eagles patients doing that.

Neck misalignment (esp. military neck aka loss of cervical lordosis) - something I very often see in Xrays/CTs going along with symptomatic elongated styloid processes. Strenghtening might be a good idea.

I think I recommended Dr. Bunnell to you, so it would be worth it to meet w/ him. If you can travel, you could try contacting Dr. Lawton at Barrow Neurological Institute in Phoenix as he works w/ IJV compression caused by C-1/styloids. Spoiler Alert: He is a bit picky about whom he will see. Dr. Nuss in Baton Rouge, LA, may also be an option.

Interesting article VDM. That link requires you to pay but I did find it elsewhere:

My styloids are gone and Im still having neck/head pain although certain pains have resolved in the neck itself, others (occipital) not. My vertigo worsening and almost passed out this week when I was in my car cranking my neck sideways trying to turn off interior lights. I suspect it might be C1-C2 is primary to me or others areas in the cervical spine. Standard MRI and CT are not indicating anything considered to produce these issues. Ill check into this MRI. I know something is going on in there…just have found the right doc and the right scan.

Yes thank you. I’m hoping Dr Morgan Will refer me to Dr Bunnel at Shands. I’m kinda in a holding pattern until I see him next month.

I hope Dr. Morgan willingly refers you, @11bravo! That holding pattern can be frustrating but hopefully the time will pass quickly till you get your referral & you’ll be able to begin moving forward for treatment.