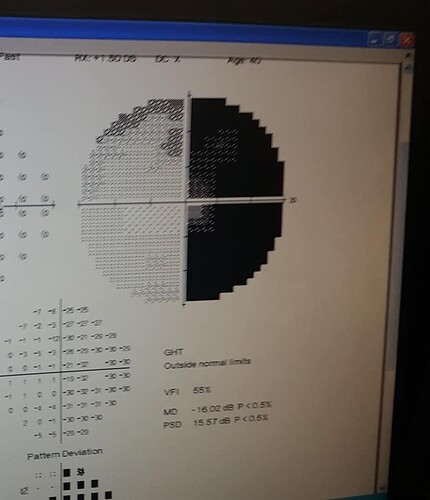 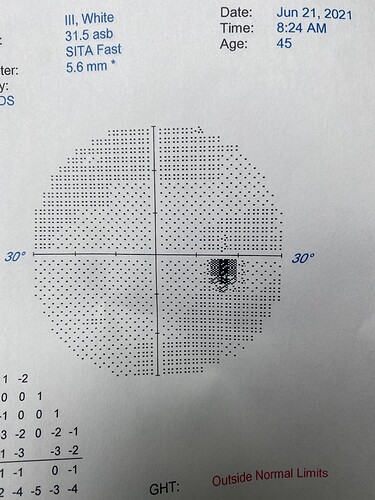 image3024×4032 2.22 MB
Hi all. I have been lurking on the site reading everything, and wanted to tell you all what an amazing place this is! In 2014 I was working in Haiti as a US police officer with the UN when my partner hit a telephone pole. I had a tbi and lost part of my vision. Other weird symptoms started happening after that. I was breaking teeth, had TMJ, muscle spasms around my eye, migraines, then my face became slightly asymmetrical and I had swallow problems. My neck hurt etc. I went back to law enforcement in the US full time again last year and had to go through the agency’s police academy where I went to work. I was twice as old as most of my classmates

That’s when it got real interesting. I realized my nose wasn’t working on the right side and I was having trouble breathing. I kept peppermints in my mouth all day and during exercise to combat that. Random joints swelled and became painful. I didn’t sweat and couldn’t tolerate heat. The firing range was 2 weeks of shooting 8 hours a day. Week 2 my thumb and pointer finger were not cooperating. During shotgun my arms locked onto the gun and I could not make them let go. By the end of 6 months I would sometimes have to go up my stairs on all fours. My dog and cat thought I was finally walking correctly. Lol. Autoimmune markers and inflammation, but nothing definitive. I went to a psychiatrist finally and she prescribed amytriptaline which helped a lot. I was less fatigued. Then a crazy event happened about 2 months ago. I was messing with my jaw and neck that were extremely stiff and something gave way and suddenly my jaw moved and pain gone. Ear pain and fullness gone and tv was suddenly really loud. Nerves were doing these electrical shocks across my face and muscles were twitching and repositioning. 25% of the room was suddenly visible and I could move my eyeball laterally. I realized the loss of vision and how bad it actually was for the first time. I was pain free for the first time in years. It was amazing, but a week later something moved again during neck traction exercises and the choking, swallowing problems, acid reflux, muscle pain, etc came back. I tried to do a pushup and my shoulder just collapsed inward. I couldn’t even pick up a coffee cup. It just happened to be shotgun quals again that week (great timing) and I barely passed since I was pretty much using just 1 arm. I was exhausted and easily out of breath again. A foot I broke years ago felt broke again for four days then suddenly was fine. That was eagles playing a prank with the nerves apparently. Yesterday it happened again and today its the opposite side shoulder instead. Well at least its staying balanced out. The eyesight stayed and attached are before and after visual field scans of the right eye. TMJ improved tremendously. I can open my mouth wide. Neurologist suggested Eagles after hearing this wild story and brought me a pamphlet. Sure enough CT found elongated and calcified ligament. I also had 2 discs that were protruding c5 through c7, and a muscle at c5 level not functioning correctly during swallow test. Now I can tell my friends I am the magical unicorn but instead of my horn on my forehead Its stuck down my throat. So thats me. I am glad I finally have a path forward now, but still trying to figure out how to make this work with an incredibly physical stressful job, but one I love. Some days off I just sleep almost non stop, but if I made it this far I might as well keep goin. Nice to meet everyone and love what you’ve done with the place!
3 Likes
Isaiah_40_31 July 13, 2021, 3:14am #2

I love the humor in your post, and all I can say is, WOW! What a story! You’ve been through an amazing physical challenge!! I’ve had two TBIs but haven’t had all the “exciting” physical manifestations of brain injury that you have. Your comment about - messing w/ your jaw & neck & something gave way & pain left - has been noted on here before. Maybe not the whole scenario but there are similarities. ES is indeed a strange bird & symptoms can come & go. Styloids can break, or as you notices, kind of shift around, & that changes symptoms, too. Jules posted a very thorough article on ES symptoms & their causes. I’m including the link incase you haven’t read it. ES Information: Common Symptoms And Possible Explanations For Them

). You must be reveling in your new found visual acuity! Now to head ES off at the pass & hopefully resolve some of the other symptoms that are challenging you physically. Just know that even though removing the styloids can give almost miraculous results, the surgical recovery takes a lot of time. Injured nerves are slow to recover. You can be functional within a couple weeks after surgery, but full nerve recovery often takes closer to a year. That’s not to discourage you but to help you be realistic in your timing should you decide on surgery. The accessory nerve is often irritated by ES & that affects neck, shoulders & arms & can be the potential problem that is zapping your shoulder strength. When nerves & muscles in the upper body are compromised, there is a sort of chain reaction down the body as muscles lower down try to take over to “help” then the muscles below those have to help the “helper” muscles & so it goes until all the muscles are trying in some way to do jobs, big or small, that they weren’t meant to do. Voíla! Pain all over the body.

Please keep us in the loop as you move forward. We’re so happy to walk alongside you in your journey.

Its interesting that you used the word chain reaction because thats exactly the words I used when I first described it when it happened, but just in reverse. Everything from the top of the head, face, neck, shoulders, arms, then on down the spine and shoulder blades all the way to mid back…bones shuffled, muscles relaxed, etc. like dominoes falling.

Hi Jay,
You sure have been on a wild ride. I cant speak to all your symptoms but there are some I do recognize. Inability to sweat and heat intolerance is often associated with Dysautonomia. The vagus nerve in the throat often can cause problems and known to cause Eagles patients problems.

My daughter has Dysautonomia / POTS (Postural Orthostatic Tachycardia Syndrome). She went thru a 10 day inpatient study at Vanderbilt Dysautonomia center. There is a sweat test called QSART. My daughter doesnt sweat either and has problems with regulating body temperature. She cannot handle heat at all and has passed out because of it. She has major GI disturbances. we both have a connectiive tissue disorder called Ehlers Danlos - hypermobility. There is evidence building that POTS is triggered by a virus and may be autoimmune based. There is alot of long-haul COVID people showing up with dysautonomia now. Just something to check out. Good luck on your journey.

I had the electrical nerve shocks in my neck and eye too. Ive had both sides (Eagles) done and every once in awhile, I get an electrical shock in my neck. I also have TMJ which I am focusing on now since I had eagles surgery. There has been some of us Eagles with shoulder-arm issues coming from the neck. I know I had thoracic outlet syndrome and had some nerve compression in my arms from it. I have had my hands freeze up on me a few times.
You may want to consider some massage,PT/OT, acupuncture and cranio-sacral therapy as it has helped my neck and shoulders alot. Be kind to your body until you get this figured out.

Wow, your symptoms sound pretty extreme & scary! I hope that you can get treatment & manage your job in the mean time…