Super excited that my surgery for double styloidectomy has been scheduled for June 20th with Dr Hackman.

My appointment with him was great, he really listens and while he can’t explain all the symptoms related to vascular ES, he acknowledged that he sees improvement with many of his patients and there is some sort of correlation that we just don’t understand yet.

He most definitely acknowledges that there’s a vascular component to ES. I don’t think any Dr really has a good grasp yet, many more years of studying will be required before we understand this condition better and why it affects some people and not others and the triggers for it.

My left side had most of it removed already a few months ago, so he’s going to shave the nub on top off to the base and then do my right side completely.

I’m including some pre and post op photos so you get an idea.

My symptoms have been going on for more than two years now and started abruptly after a few nights of painting.

I have dizziness, vertigo, terrible facial pressure, double and blurry vision, tinnitus, GI issues, headache, neck and upper back stiffness, throat pain and it triggered rosacea, so redness and burning skin. I’ve been disabled and on disability since December because it just got so bad and I couldn’t function anymore as a human.

I saw some improvements after my first surgery on the left side and another bump in improvements after going on eliquis, but I’m no where near back to normal or able to return to work, so I’m really hoping freeing both my IJV, especially the right side which is my dominant side, will bring relief.

Feel free to ask me any questions 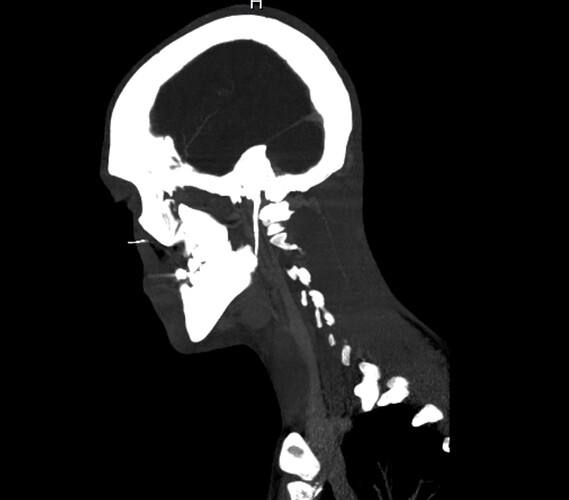 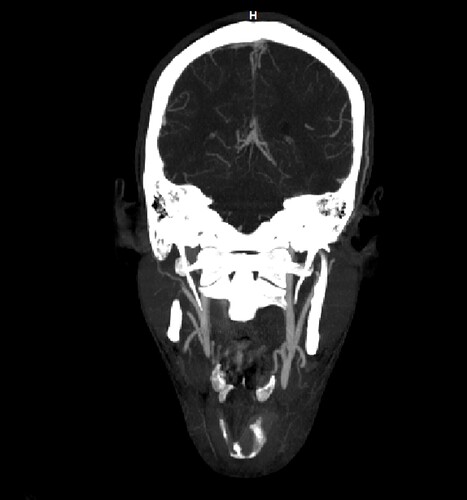 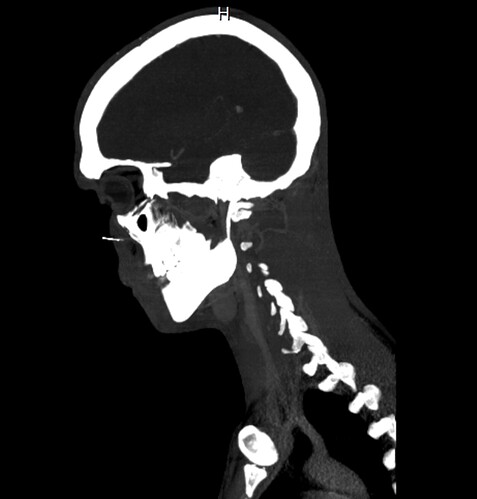 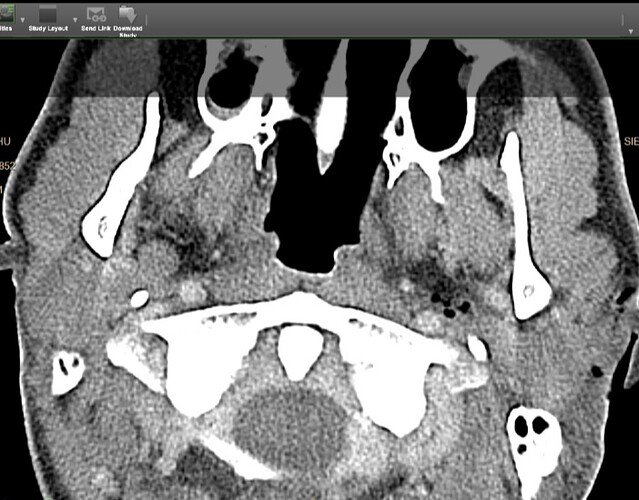 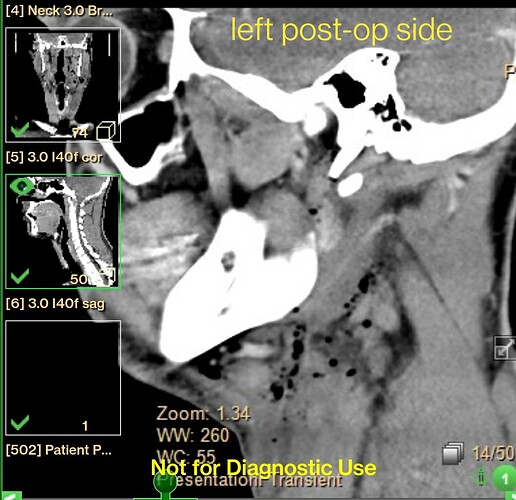 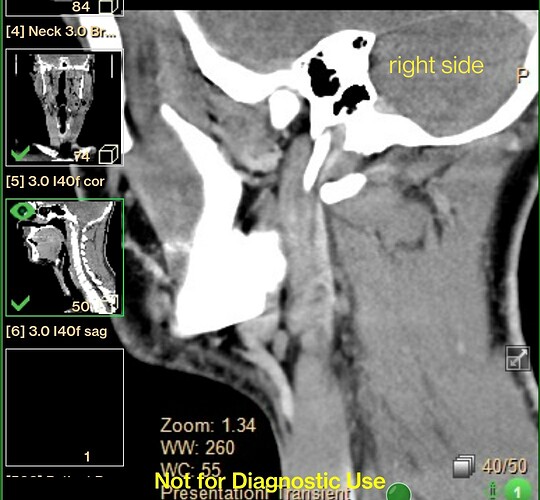 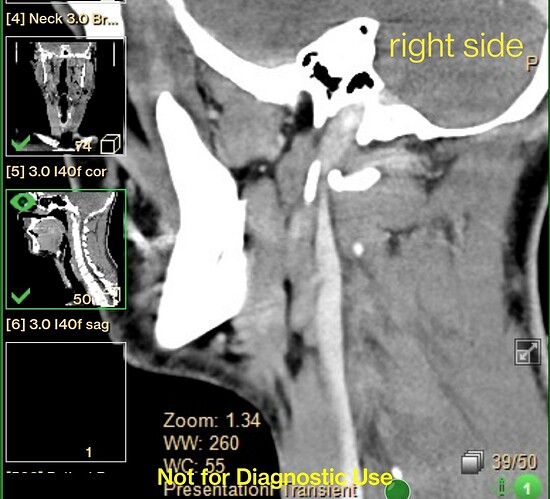 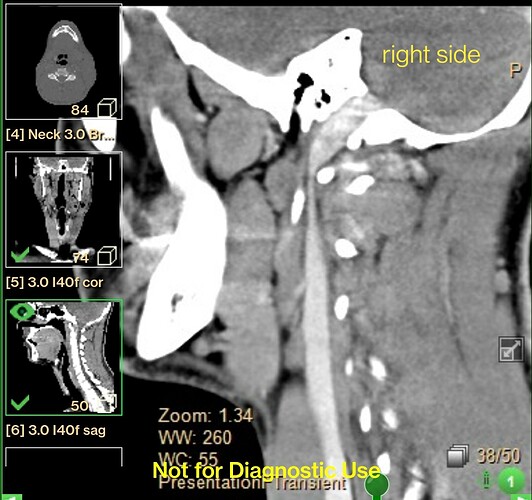 That’s great news! I hope the surgery does make a big difference to your symptoms…that’s a pretty chunky looking bit of styloid left still from your first surgery!
There’s lots of posts on here about what to expect after surgery if you’ve not already read them- one thing that those who’ve had both sides done with Dr Hackman are finding is the post-op swelling, so perhaps you could ask him about getting steroids prescribed post-op to help?
Best wishes!

It looks like the transverse process of your C-1 is also a major player in the IJV compression on the right side. Sometimes removing the styloid isn’t enough to allow the IJV to reopen when it’s also compressed from beneath by C-1. It would be worth asking Dr. Hepworth if he moves (this is a very slight move) the IJV off of the C-1 TP & anchors it in a new location to relieve the pressure. Apparently, that’s a technique (or something similar to it) that Dr. Hepworth uses. Other doctors have been known to shave down the TP of C-1 or to cut a channel in it to make more room for the IJV.

My Dr is Dr Hackman, if Dr Hepworth was seeing new patients I might have seen him. But I’m happy with my choice with Dr Hackman.

I know my C1 may be involved but I’m opting to roll the die with just removing my styloids and seeing if that does enough of the trick.

Also, can you explain what specifically makes you think the c1 transverse process is majorly involved as well?

I don’t doubt it, just wondering what you see. Seems everyone has a different opinion on this and there’s no consensus.

Also, for what it’s worth, Dr Hackman believes that in order for there to be compression you need two bones, so by removing one, that should do the trick…in theory. A little compression is fine, the issue with my styloids is that they’re insanely close to my C1

I spent a lot of time weighing my options, which were

A. Go to Dr Patsalides in NYC, have another angiogram done (more radiation) to see what needs to be removed and then have Dr lo. do either a styloidectomy or c1 transverse process resection or both. He would also only do one side. Then, if the veins don’t open I’ll have to have ANOTHER angiogram for the balloon/stents.

B. Have BOTH my styloids removed by Dr Hackman, and avoid the extra angiogram.

I decided to go with B because I think it gives me the biggest chance of improvement with the least risks and extra radiation.

I also wanted to have both my styloid removed, especially my left side because there’s a complete occlusion at the very top which is already causing some clotting. So going with Dr hackman means I can cross the styloids off my list.

So glad you’re seeing Dr. Hackman. I’m sure he will do his best to help your situation. Here are your images annotated to show you what I’m talking about. 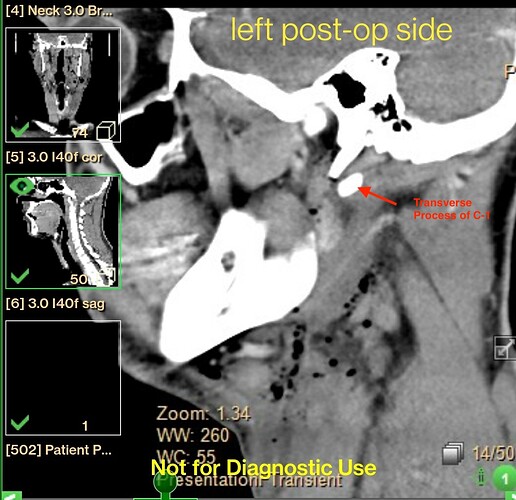 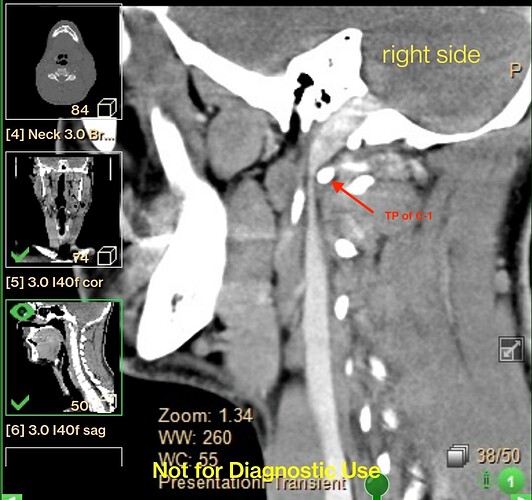 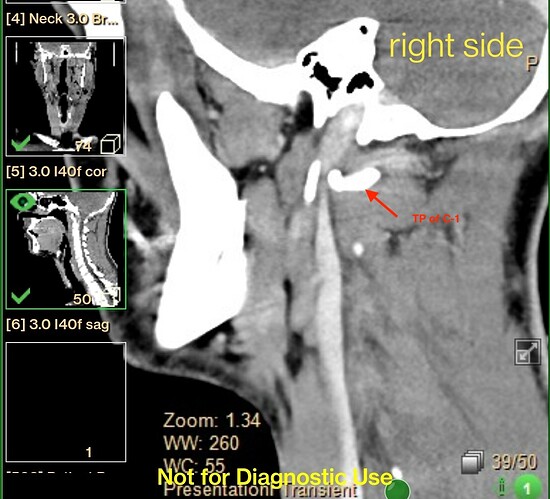 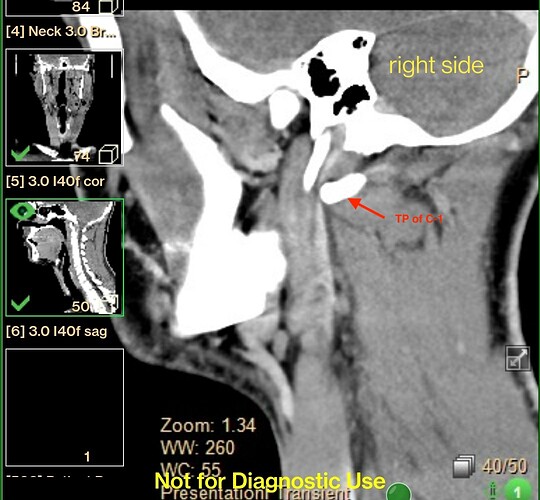 The issue is, because the styloids are so close, it’s hard to see what is causing the most compression. For example, if you look a bit further down past the c1 there’s still some compression which we are attributing to the styloid.

I’m not sure anyone can say conclusively from the images alone, supposedly, Dr patsalides has his own angiogram to see what’s causing the most compression, but that runs into the whole extra radiation issue I was talking about.

I personally think you’re making the right decision. Remove styloids first to see if that makes the difference you’re hoping for. If not, you can consider next steps. I’m certain removing your styloids so they aren’t pressing on your IJV will make a difference.

I sure hope so. I really don’t like the idea of shaving my C1 so I’m hoping this does enough of the trick. It’s also really frustrating that so much radiation is needed just to get an answer, and even then, not all Drs agree that that answer is accurate.

The interior of the neck is very complex w/ all the nerves, vascular tissues, bones, muscles, tendons & ligaments jammed into a very narrow space. I think doctors tend to err on the side of caution by requiring appropriate scans so they can get a very good idea of what needs fixing before they do surgery. They want to correct the problem, not create a worse one, & having the scanned images helps that.