I had intraoral bilateral styloidectomy in December 2017. My styloids were shortened by not removed. I was great for 2 years and symptoms began to return early 2020. No one would order a CT Scan at that time, but my neurologist agreed to an MRI in July. That lead to other findings and I could see left styloid impinging on carotid but the radiologists were focused on a small syrinx and ignored everything else. Finally got the surgeon who did the shortening to order a new CT scan. He does not think I have a problem that he can fix. Sharing a rendered image to get opinions. I am also sending the CT to Dr. Cognetti for review. Although the left styloid was shortened, it still measures in at 3.2 cm, and from all angles it appears that it is pinching the carotid against the transvers axis of the atlas. Seems to have some nerves caught up also as my face is numb and swollen around my jaw and behind my ear. 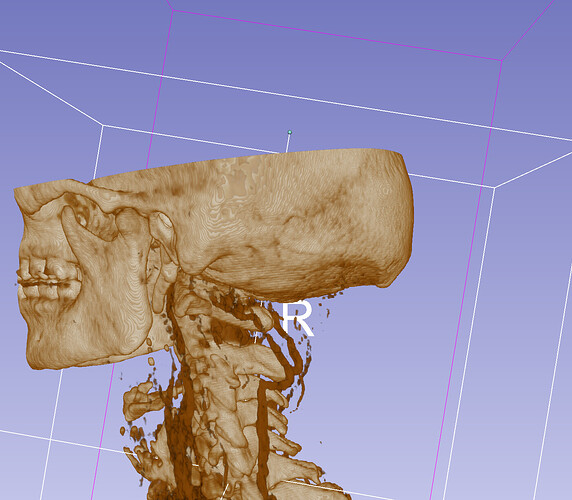 Hi!
Your styloid as well as being a bit longer than average, is very wide too, so not surprising that you have symptoms again…It does seem possible that a revision surgery might help, but I don’t know if Dr Cognetti is perhaps the right surgeon for this, as he also shortens the styloids & doesn’t take the styloids right back to skull base. We’re not doctors here, so you’d need a medical opinion, but looking at the image, it seems that there could be compression right at the skull base as there’s quite a bulge there, so ideally a doctor who takes the styloid back to skull base might be a better option for you?
Here’s the Doctors List:
US Doctors Familiar With ES, Current List - Symptoms and Treatments / Doctor Information - Living with Eagle
There’s a couple of doctors in Florida who have done surgeries fairly recently ; Dr Jeffrey Scott Magnuson, or Dr Rui Fernandes.
Otherwise as far as I’m aware, Dr Jason Newman in PA does take the styloids back to skull base, & is experienced, or Dr Trevor Hackman in North Carolina. You can search the discussions for any doctor to see what members’ experiences are.
I hope that you’re able to get a revision surgery done…

Thank you for the reply, Jules. I am definitely looking for a doctor who will remove that left one to the skull base and did not know Dr. Cognetti did not do it that way. Both styloids are fat, but the angle of the left styloid makes it challenging. I will research the local doctors. I really don’t want to travel right now, so if someone local will do it, that would be great.