Here is an interesting case of lady who had classic ES which manifested as constant, dull and severe right-sided pain in her throat, neck, teeth and jaw along with dysphagia beginning 25 years ago. She initially thought her pain was due to teeth so she had a teeth extracted with no relief of the pain. She was subsequently put on many pain medications (carbamazepine, baclofen, and high doses of opiates) which did not effectively control her pain. After 10 years of pain, she met Oromaxillofacial surgeon who realized that her symptoms were due to ES and broke her elongated right Styloid process (never heard of this ES treatment before) and she felt her pain alleviated for another 10 years but the pain reoccurred and this time she was diagnosed through CT Scan which shows bilateral elongated styoid processes. Her Styloid was removed which gave her a total pain relief.

5 years after her styloidectomy, she developed Trigeminal Neuralgia caused by Superior Cerebellar Artery (SCA) after getting “electric shock-like” pain on her right side. Again she was put on pain medications (800 to 1600mg carbamazepine and up to 10mg baclofen daily) which did control her pain somewhat but caused side effects such as balance issues with over 10 hours sleep. So she went for Gamma Knife surgery for her TN pain and as result she was able to taper off the medication as her pain subsided.

This case shows, yet, how people can suffer long time with ES and how that can be confused with Dental or TMJ pain. It also shows how some doctors do not treat it properly in the initial diagnoses of it. First Doctor to recognize it just broke the right styloid in this case (still mystery to me how that treated the pain). It also shows that people can have or develop facial pain later due to other etiologies (TN or GPN Compression of blood vessels) as we have seen it with some of the folks here such as @1speechpick and @boogs99 hence the need for proper imaging prior to any intervention is indeed important to decide which intervention to take. Venturing out on trail and error surgery on your body as was the case in this study, is risky. Removing your healthy teeth or getting exploratory surgeries in order to get relief of the pain, as was documented in other cases in the literature, can really negatively impact one’s health and prolong the right diagnoses to get the right treatment is my take on this. 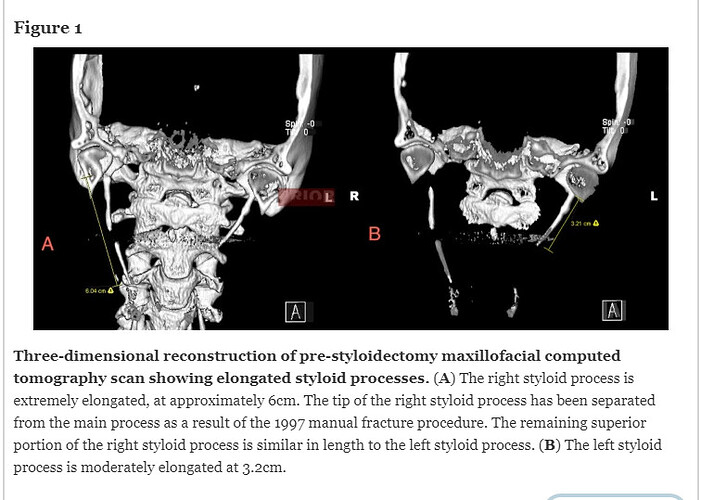 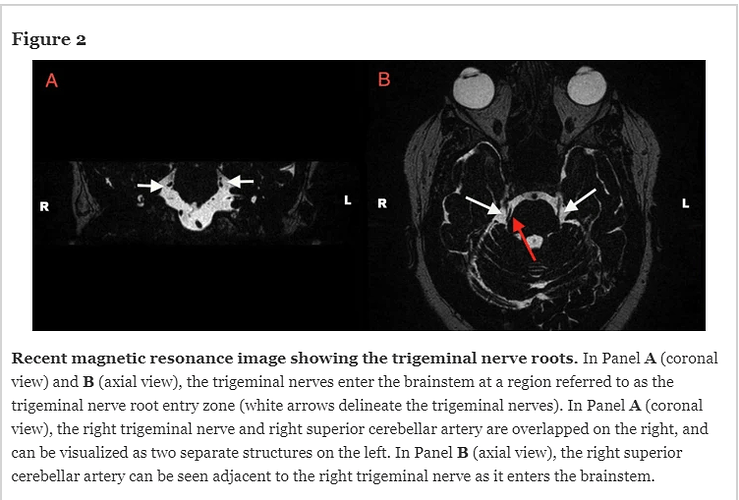 Introduction Eagle syndrome is a condition characterized by an elongated (>3cm) styloid process with associated symptoms of recurrent facial or throat pain. In this report we present a case of Eagle syndrome exhibiting the typical findings of...