I was wondering for those that had vascular issues, how long after surgery did it take for your symptoms to get better. Did it happen immediately or did it take some time? I have some symptoms I am hoping will be fixed by my last surgery. My neck throbs when I put it in certain positions or do certain levels of activity. It has been 2 wks since my surgery and it is still doing it. Of course now my incision is right over where it throbs so it looks crazy when it throbs. Also I have had some whooshing sounds in my ear that have not resolved. I am just curious if I need to see a Dr. about these issues or if I should wait it out and see if everything resolves with time. Do I need to be concerned that my artery was damaged by the styloid?

Some vascular symptoms resolved for me after a few days once the swelling went down, some didn’t improve until I had the 2nd side done, but this is your 2nd op, isn’t it?
Swelling can take a while to go down, so that won’t help. Also the nerves can be irritated and take a long while to settle, the blood vessels ar supplied with nerves, so that can affect symptoms.
Did you ever have a CT with contrast to see what blood vessels were affected? Just that I had the whooshing tinnitus (called pulsatile tinnitus) from jugular compression, not arteries.
Also if a blood vessel has been compressed for a little while it can take time to spring back, but you’re young, so hopefully yours will spring back soon.
I would try not to worry for now, be patient and I’m sure things will improve!

Jules, I had a CT with contrast done but this was before they were looking for ES. They did not say anything but they also were not looking in that area. It is more in the area of the jugular that it is throbbing. My neck has been swollen for so many years with ES I am sure it has compressed all sorts of things in my neck. I will take your advice and be patient. Hopefully all will get better. My second surgery was so much easier than my first so I am hoping for a quicker recovery.

So glad to read that your second surgery was easier for you, Agirl! As Jules said, compressed vascular tissues & irritated nerves can take awhile to recover. I noticed distinct positive recovery for both vascular symptoms & nerve pain at the 2 month mark post op on both sides. My nerves continued to heal over the course of the next year. As a matter of fact, now that I’m 4 years out from my ES surgeries, I’m still getting some nerve recovery in a numb area along my jawline. Who woulda thunk it after all this time!

I am scheduled for surgery Friday morning and hoping for some resolution of what I think is intracranial hypertension resulting from jugular compression. I had a cranial CT today and they told me they did not find any issues but my brain looks a lot like the one in the photo labeled as ICH! This is frustrating. The symptoms are about to kill me. Also, I can’t get anyone to agree that I have jugular compression. My 3D photos sure do seem to show that the jugular on both sides is compressed at the lateral tips of the vertebrae (both left and right sides), but apparently I don’t know what I’m talking about. 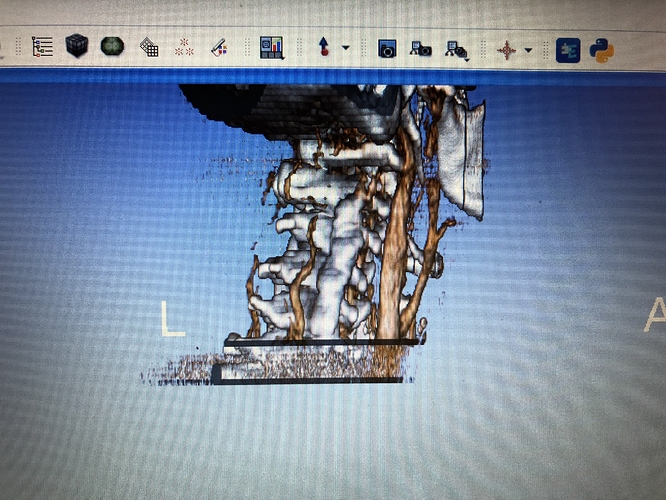 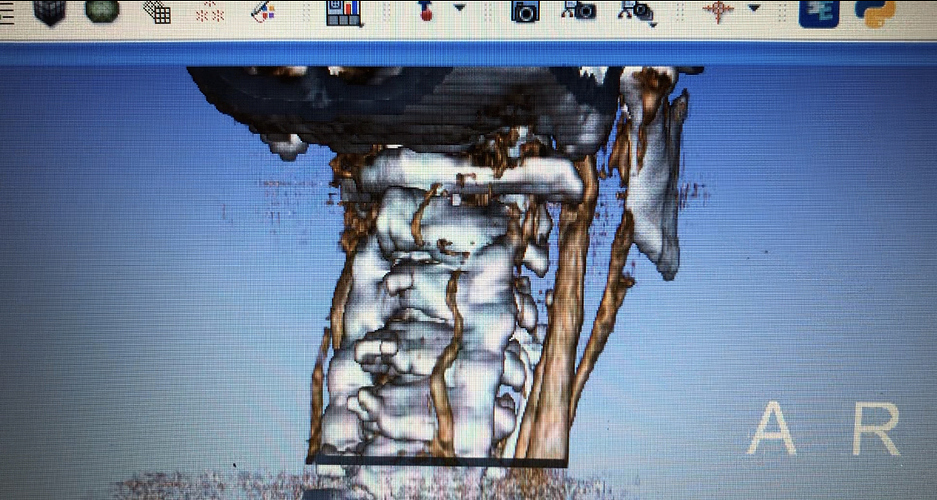 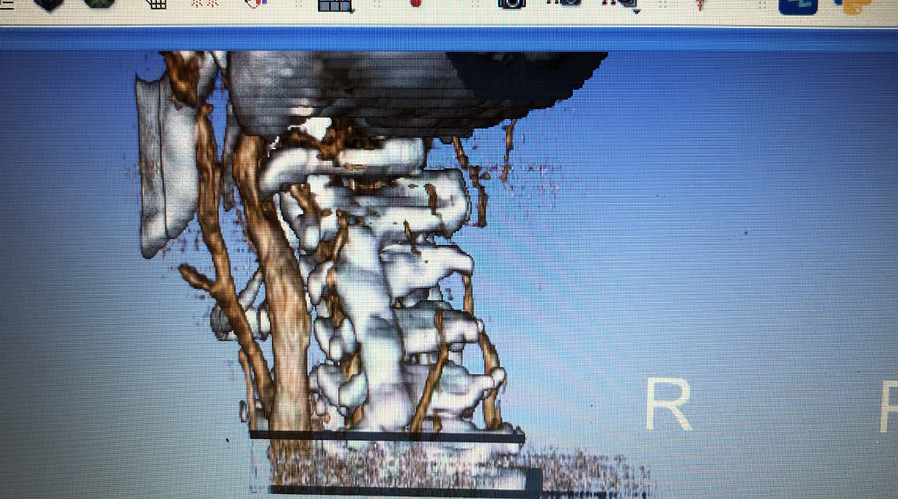 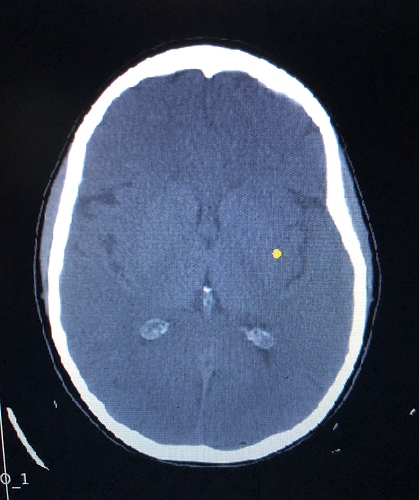 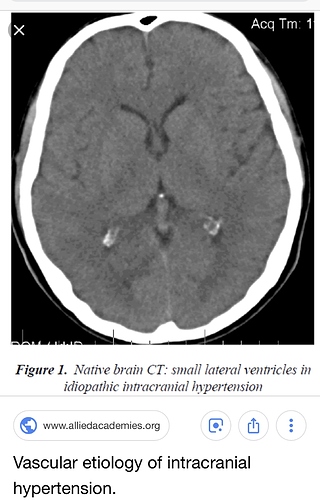 It’s very hard to tell from the angles, & we’re not doctors, it’s so frustrating for you…
There’s a couple of research papers in the Newbies Guide if you’ve not already read them,; whether there’s any info in there to help you I don’t know? I guess you could push to have the pressure in your brain measured, but that’s a pretty nasty procedure! I was lucky that the bilateral compression showed clearly on my scan, it was a different angle to yours, so I didn’t need any other tests…

Sorry, I just re-read your post (early morning UK, lol!), & that you are down for surgery soin! I hope that it goes well, & that the IH symptoms do ease. I found that I felt quite a bit better after a few days, once the swelling went down; the worst of the symptoms went then, but still had some until the 2nd side was done.
Best wishes, I hope it goes well!

I see what you’re looking at in your scan. The internal carotid looks like it’s sandwiched between the styloid & the atlas, right? I do agree w/ Jules that the angle of the scan makes it difficult to tell if there is compression of the artery or not. It can be that it gets compressed when your head/neck are in certain positions but isn’t always compressed (which is usually the case). That said, intracranial hypertension can still result.

Tomorrow is your BIG day! Healing will begin as soon as the styloid is outta there!! As Jules said, it may be a few days/weeks before you notice a substantial difference, but hopefully, you’ll have some immediate relief. Post op swelling in the area can cause ES symptoms to continue for awhile after surgery but again, as Jules noted, as the swelling decreases so will the symptoms.