For the morbidly curious and more experienced than myself… I present, my series. HOLY FREAKING STYLOIDS! I have the right one that is actually puncturing through my tonsilar pillar and has been causing me the most pain recently. The ENT intra oral but after seeing these, I’m concerned if they’d effectively get to everything.

Additionally, this week I had a neurological consultation at the recommendation of my ENT. He did a physical, said he’d never heard of Eagles Syndrome and sent me home with Topamax and Imitrex and a follow up for a month from now. 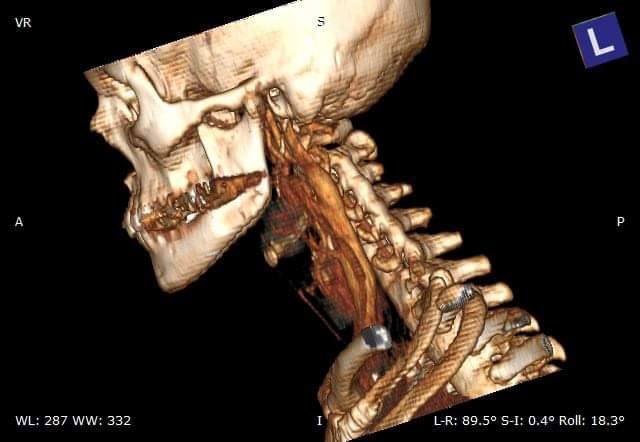 @Rbnwht - You have a couple of VERY LONG styloids! WOW! They are quite impressive! No wonder you’re having the problems you are. The neurologist likely recognized that your symptoms are coming from irritated cranial nerves & that’s probably why you were Rxed the meds. They may not help immediately as nerve pain meds can take several weeks to kick in. Your migraines are likely related to some vascular compression you’re experiencing from ES. They should subside when the styloids are gone.

As far as surgery goes, we recommend external surgery over intraoral because the nerves & vascular tissues can be monitored during surgery, & there is better access to the styloids & stylo-hyoid ligaments so they can be removed from skull base to hyoid bone which will give you the best results. There is also a lower rate of post op infection. The most experienced ES doctors require two surgeries for bilateral cases to help prevent complications from too much throat swelling.

As far as intraoral surgery goes, there are quite a number of forum members who’ve had successful intraoral surgeries but also a number who had to have follow-up surgeries because not enough of the styloid was removed or the tip of the remaining styloid wasn’t smoothed off & symptoms continued to be bad. There are new intraoral techniques that allow the styloid to be fully removed & the s-h ligaments as well, but this requires several incisions to be made in the throat. If the doctor you’re seeing is unwilling to consider external surgery, MAKE SURE that (s)he will be removing the styloid as close to the skull base as possible & smoothing off the tip of anything left behind. Merely shortening the styloid will not serve you well.

Many people choose to get a second opinion before having surgery. Dr Samji in CA & Dr. Cognetti in PA are both very experienced ES surgeons who do phone/video consults for a fee. Dr. Samji gives more priority to ES patients so the wait time for an appt w/ him is normally much shorter than for Dr. Cognetti.

My neurologist says “i don’t subscribe to eagle syndrome”…probably because it is out of their realm of knowledge, they never find it, they don’t read bones (or understand anything other than brain matter, and quite honestly unless it is a gross malformation, I question how good most of them are at that)…I generally feel neurologists are pretty useless unless you have pretty traditional epileptic seizures. At least this has been my experience.

Neurologists should be familiar w/ symptoms caused by irritated cranial nerves which is what ES symptoms predominantly are (except for those caused if there is vascular constriction). It never ceases to amaze me how much people on this forum know about their bodies/nerves from ES experience vs what some doctors do who “specialize” in what we’ve learned by experience.

Scheduled to move forward with intra oral… This Dr isn’t convinced one way or the other that it will help… He didn’t even bother to measure the dang things. Just said, yea they’re elongated but it’s up to you if you want to just leave them. Kind of made me feel like it’s all in my head.

No shit, IT’S LITERALLY ALL IN MY HEAD. Man, if you don’t just get these damn things out.

I have to remind myself that he is a professional. He is a highly skilled and qualified surgeon who surely doesn’t want to botch any surgery! There are no experts in this field yet so cheers to being another notch in this Drs learning belt. Let’s hopes he’s doing his homework 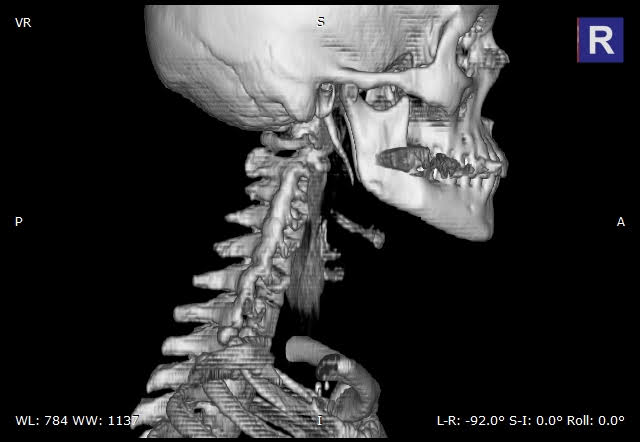 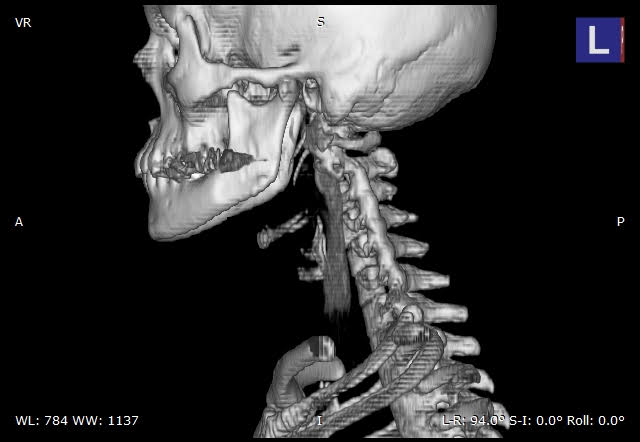 Hi Rbnwht,
These are very impressive images! I recognize that this is only a small part of your story, but I’m glad you are least getting treatment of your nerve pain while you work out how to get an appropriate surgery. As a patient I so relate to everyone’s frustration with doctors who haven’t heard of ES or – worse in my mind – don’t “believe in it.” On the other side of the coin, we are rare birds and good doctors can get many, many years into their careers without running across this disorder, especially if they are in primary care. IF we accept the published prevalence rates (although they are likely too low in my mind), there should be only about 123,000 cases world-wide and 5000 in the US where I live. Yet another reason to bring some research papers along to doctors’ appointments. We are so lucky to have this forum to come together and share notes and wisdom!

I’m w/ onelessstyloid. Your right styloid in particular looks spectacular, but the left is close behind.

Before you are on the operating table, make sure you know your surgeon’s plan. He should be aiming to shorten the styloids as close to the skull base as possible then smooth the tip of whatever remains so you get the best post op results. The more experienced ES doctors also remove the stylo-hyoid ligament even if not calcified to keep a future problem from occurring, though it does not need to be removed if there is no calcification.

This surgery is worth having an experienced ES skull based surgeon. If you have any doubts about your surgeon doing a good/thorough job, take a step back & consider having surgery with someone else who has more experience.

That’s crazy to see the numbers laid out like that. I only landed here on a whim because my dentist had this crazy idea

I did out of curiosity call Dr Cognettis office today but unfortunately they do not accept AD Tricare.

@Rbnwht ~ Once the styloids are removed, there is nothing left to shorten so I’m not sure what you meant in your statement above - “shortening them once they were removed”.

With styloids as long as yours appear to be, it would be in your best interest to see a surgeon who does external surgery, so the styloids can be removed completely. This is not a surgery you want to have more times than necessary. Perhaps another call to your surgeon is in order where you ask him what specifically he intends to do to your styloids & s-h ligaments if calcified. Again, cutting them off as close to the skull base as possible & removal of any calcified ligaments will be necessary for the best results. If he plans anything less than this, I’d go back to your original surgeon or look elsewhere. Dr. Samji doesn’t book too far out as he makes ES surgeries a priority in his practice. I promise I’m not trying to be pushy. I just don’t want you to have regrets in a few months if your surgical outcome isn’t great.

You could try emailing Dr. Samji’s med assistant - lauren@caminoent.com (much quicker response than calling) to ask about insurance. He does phone consults & could at least give you a second opinion. There is a charge for the consult but some insurance companies pay for phone consults or at least a portion of the cost. His consults are about 45 min., but I’m not sure of the current cost for one.

How are things coming along for you? Do you mind my asking who your surgeon is?