Hi! Im having smal calcification on my ligaments and extreme pain in glossopharyngeal nerve. Back of my mouth. My doctor said that this isn’t the cause of my pain. Is he right? I will try to add a picture here so you can have a look. 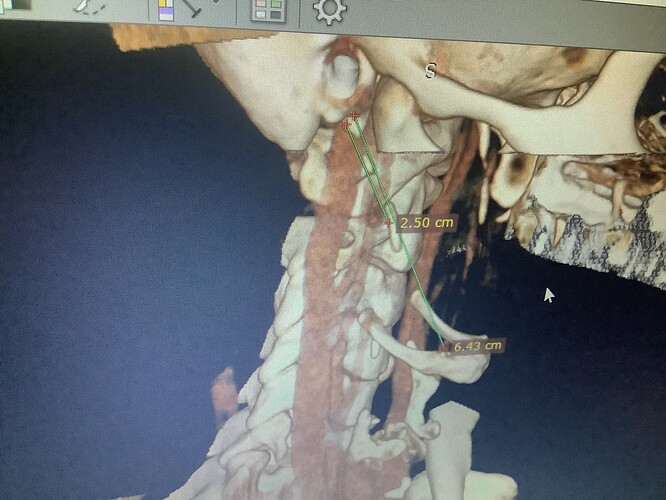 I am not as good with this stuff as a lot of our members are, but I would say to not take anything a doctor says as a 100% fact. There is a lot of doctors over the years that I have seen that have just been blatantly wrong. I went to 4 shoulder doctors in the past and each one had an opinion contradicting the ones before them. Also saw an ENT as well as TMJ specialist who both said nothing wrong with me lol. Unfortunately, us with Eagles or Eagle-like symptoms many doctors just won’t get it. Have you gotten a second opinion?

No I’m waiting for it. I also have some calcifications under my tongue bone and the tongebone is very close to my spine. It’s 3 mm away from it . I like this site because it’s not just about eagle syndrome. It’s also about other similar conditions that can mimic eagle.

If you look at the pathways of the GP nerve branches, I would think it’s possible that the calcification on your stylohyoid ligament could be causing irritation, although not a doctor obviously! 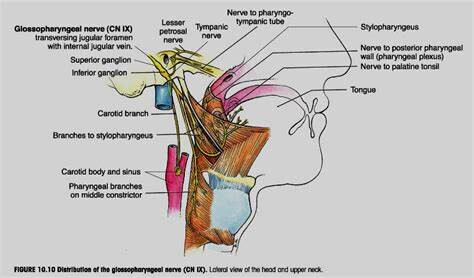 Unfortunately no-one can say for definite, but Eagles is a known cause of GPN. We’ve had members who’ve had success in reducing GPN with styloidectomy, but also some who still after GPN after surgery…
I don’t know whether the calcifications under your tongue have any impact on the GP nerve branches in that area, I guess that’s a possibility too?

I absolutely believe that the calcified sections on your stylohyoid ligament could be irritating your glossopharyngeal nerve. That area is not stationary. It moves when you turn your head, talk, breathe, etc., as your hyoid bone moves w/ those activities & thus so does the ligament. That means those calcified areas could be bumping into the GN off & on during the day & irritating the nerve which in turn is causing your pain.

One thing to keep in mind is that even though a radiologist might read the scan and indicate calcifications are segments, often times they are connected and continuous. Based on the readings on the scan, the 2.50 mark does not indicate it goes to the end of that segment. Chances are that calcification segment ends past what you see visually. Dr. Samji explained that the MRI takes scans in slices, then the software interprets what is in between. He has often found these segments to be connected and longer that what is shown on the scan. Id venture to guess yours goes well beyond 2.5cm and closer to 3.0 cm.
In Cone Beam CT on me showed segments, CT showed more continuous. Ultimately upon surgery it was all connected and longer that what was measured by the radiologist. This is why it is important to have a skilled ENT who does ES surgery to read and interpret your scan. 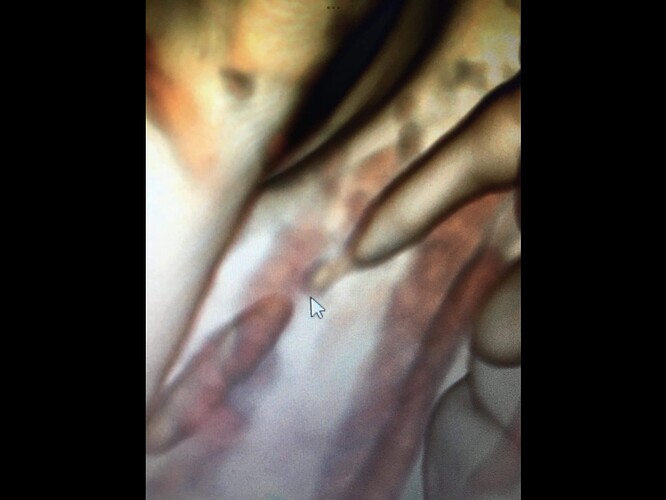 On my left side I can see how the ligament is growing to stuck with the styloid process. But sadly I have pain in the other side too so my ent didn’t believed in eagles then.

It’s so frustrating that many ENTs limit an ES diagnosis by their own understanding of what ES is rather than doing the research to learn more completely about it & that even a little bit of styloid elongation, angulation, etc., or ligament calcification can cause BIG symptoms for the person who has that/those.