My father had 2 minor strokes on right side arm and mouth plus tongue within a month from which he recovered after few hour. But after 2nd stroke he is having weakness and burden on head with darkness on eyes. After CTA Neck Vessels It was diagnosed as elongated styloid process (left:4.2cm right:3cm) and calcification of stylohyoid ligament which is causing compression and 74% stenosis of left internal carotid artery.
What should be done? Should i go for his surgery and what will be risks involved?
Plz suggest

While the styloid process is still in, it could possibly still cause a stroke, so although blood thinners will help, the only permanent solution is to have the styloid process removed. But the surgery can be tricky so you would need a surgeon who’s experienced with surgery in this area. A vascular surgeon experienced with surgery in the head & neck area would be a good bet, or a head & neck cancer surgeon, or otherwise a Skull base surgeon. I hope that your father can get some treatment soon!

Thanks.
I am getting opinion from Neuro, Vascular and ENT Surgeons.
ENT Surgeon said, its too risky to operate. We can cause more damage instead of benefit.

What are the risks involved?

The risk is that a stroke could happen during surgery, or that the artery could rupture during surgery- these are risks for any styloidectomy, & obviously your father’s position is tricky because his artery is already compressed. However, an experienced vascular surgeon should be able to still remove the styloid, for example if surgeons can repair & graft the main aorta, then this surgery should not be so tricky…If the styloid remains in place & had already caused 2 strokes then there is a risk to it remaining in, surely? I would think that a vascular surgeon would be good to get an opinion from.
By the way, I had compression of my jugular veins by the styloid process, & these were successfully removed by an experienced skull base surgeon, with no complications.

We have had several members who have had their styloids removed by a skull-based ENT/Head & Neck surgeon with a vascular surgeon in attendance during the surgery should anything go wrong. Perhaps a set-up like this is what your father needs - two surgeons working together - to give a satisfactory outcome. I’m in the US and don’t know how the surgical practices in your country work but I hope my suggestion is a possibility.

As Jules noted, leaving the styloid in might be more dangerous for your father’s health than the risk of removing it.

All right. Finally going for surgery. It was a lengthy process. First Neuro physician then referred to Neuro Surgeon, again referred to Vascular surgen and from there to ENT

.
Even ENT surgeon was reluctant to perform surgery due to high risk and referred to Head of Department for his opinion. Then there a board of surgeons was assembled to discuss and finally they are going for excision of Stylohyoid ligament and styloid process by transcervical approach on 28 April 2021.
As HoD said its high risk surgery and risks involve are
Stroke during surgery
Damage to ICA and (VII, IX, XII cranial nerves).

Good that they’ve agreed to do the surgery; the risks they’ve mentioned all surgeons will tell you about anyway…usually the nerves are monitored during surgery to make sure they’re not under too much stress.
There’s lots of info all about what to expect after surgery- you can search for that in the past discussions.
Not too long to wait for your father! Will pray for a good outcome for him!

Thanx for your input. Will surely update in group.
Prayers needed.

One more thing i need to ask.
I got opinion from another vascular doctor and he said at that time that surgery should be done without anesthesia so if stroke occurred during surgery they know it immediately but ENT surgeon who is going to operate said “no, we will go with anesthesia”
I hope there is no danger?

The surgery is done usually with anaesthesia, although often as a day case in the US. I think you’re best guided by the doctor doing the surgery on that one…

It’s good that there was discussion about who the right surgeon is for your father so the best, most qualified doctor will operate. I know that was a nuisance for your father but it sounds like there may be several surgeons there during surgery (?) so your father will be in the best possible situation.

As Jules said, ES surgery is usually done under general anesthesia. This is because the patient must be perfectly still during the operation. In the US the patient is placed in a soft but formed body containment situation then strapped down to prevent any movement (the strapping down occurs once the patient is asleep as does application of the nerve monitors). In most cases, this surgery is done at a surgery center, & as Jules said, the patient goes home the same day. There are some medical insurance companies here that require the surgery to be done in a hospital with an overnight stay.

I will put your father’s surgical date on my calendar & pray for him on that day especially.

Yes
You are right
ENT surgeon (Head of Department) himself is going to operate. Vascular surgeon will be there during surgury. 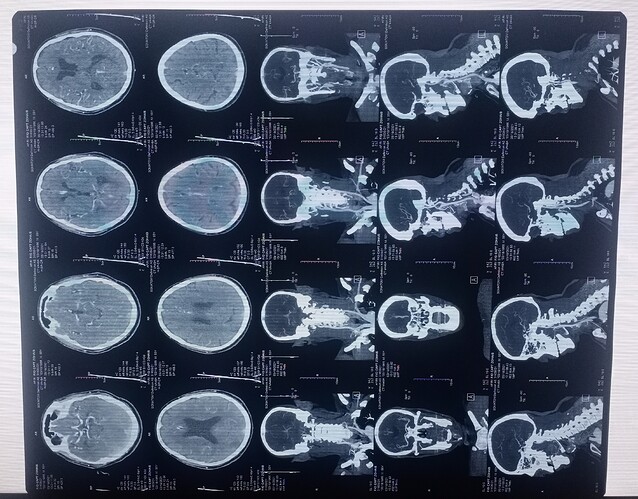 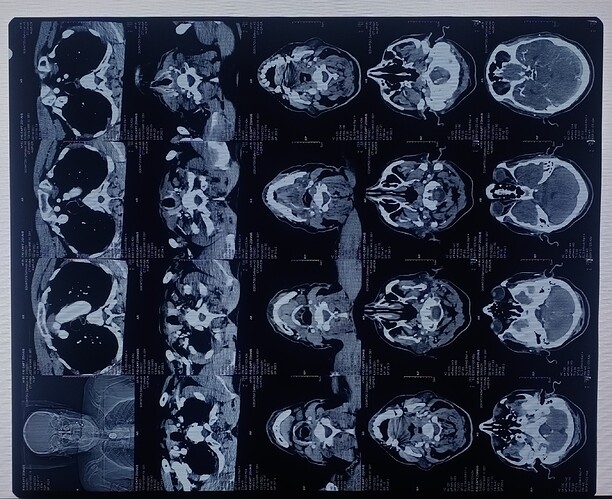 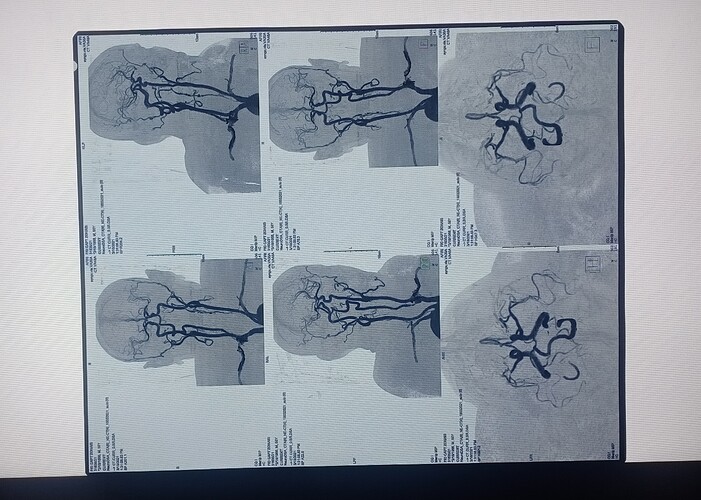 These are CT Angio Neck Vessels reports.
I just captured it by mobile camera

That’s good news that both surgical specialists will be there. In one particular picture, I can see what looks like the styloid bisecting a vascular tissue (I assume that’s the carotid artery). Pretty scary! Otherwise, I’m not great at reading cross sections or images where the styloid isn’t clearly present.

Today Surgery was carried out for excision of Left Styloid Process and calcified ligament under general anesthesia. It was around 3 hours long surgery and then 1 hour in recovery room. Thanks to Almighty God, surgery went perfectly well with no complication. Surgeons were highly professional so thanks to them no damage occured to carotid artery or any nerves.
My father is in his senses now and complete body is working including swallowing and speaking. However its difficult to speak for him due to NG Tube for feeding inserted through his nose.

Hopefully he will be discharged within 3-4 day.