hello there - ok here is my story- 35 year old male

Over the years, i have felt the constant need to clear my throat - i put it down to habit but in 2016, i had a strep throat and went to the Doctors who gave me antibiotics. Great ! At the time i mentioned i felt the constant need to clear throat and felt like there something lodged in my throat, I thought it was a thyroid issue. I did a thyroid test and it came back fine. The feeling of the foreign object went but i was always clearing throat to much to everyone annoyance. I put it down to habit or allergies.

Fast forward to November 2018 - i visited London in the train from Glasgow and that night i felt the dreaded travel viral infection which did turn into sore throat. Albeit , i felt i managed it quite well with the usual over the counter medicine.

A few days later, i was drinking gin tonic and pomegranate and the next day, i felt something lodged in throat. I honestly felt it was a seed . After a few days, i went to doctors as the feeling hasn’t subdued and they said it was inflammation due to the viral infection but throat looked ok. She advised to keep taking the over the counter pain relief. As i was getting acid reflux, she suggested omprozole.

A few days later, my throat began to tighten up and my mouth was very dry. it kept getting tighter and tighter and i phoned HNS 24 and they told me to get to outpatients. Again, the doctor suggested it was inflamed and would take a few weeks to heal.

on 20 December, not wanting to ruin Christmas, i visited the doctor the for the 3rd time complaining of the feeling of something stuck in throat. I was fobbed off.

Xmas came and went but still felt this feeling. I began checking tonsils incase of tonsil stones and i notes this bone like structure poking out under my tonsil ( bottom of tonsil). maybe not poking out but very palatable and very much there - It is 1.5cm down and diagonal from wisdom tooth and it felt smooth and round headed - think of a knitting needle with a round tip . i started to push and i could feel the tension of a bone like structure and i feel it moving to my ear - i didn’t think that was meant to be there.

On about 10 Jan 2019, my partner and i developed strep throat causing another visit to the doctors. They diagnosed and prescribed anti bionics. At the doctors, i explained the bone and she looked at my funny like i was talking stupid and i admit, it did take her time to find it but when she did she looked concerned and made an ENT referral through Glasgow NHS. Apparently the waiting list is anywhere unto 12 month. She suggested i visit the dentist as well so maybe she wasn’t that concerned given the length of referral time.

I went to dentist and she couldn’t find it until i added toothpaste to the area and when she felt it, she was amazed she didn’t feel it before, She said it felt like a bone and should not be there She did mention that it could be a root for a wisdom tooth but unlikely given the location and feeling.

Faced with the prospect of a 12 month wait, i decided to go private and arrange a ENT consultation with the Nutfield. On the day, the doctor explained throat and said tonsils looked ok although post infection grumbling was going on which is normal. He looked at my voice box and said it looked healthy and felt the bone and suggested it to be an elongated styloid and has arranged for a CT scan next Wed to confirm diagnosis. Although he did say eagle syndrome was a controversial topic

I have looked at the posts on here and on Facebook and can see no other alternative tother than not being an elongated styloid . the ENT doctor advised against surgery as he has only did it once and the results were debatable.

He said the feeling of something stuck in throat should subdue but i am not convinced. I also don’t know why i have this feeling of foreign object in throat

All very bizarre. In the meantime he recommended a probiotic for throat to help fight infections etc but i can’t see how this would work.

Don’t get me wrong, reading some stories on here makes me lucky in one sense as i don’t have any other symptoms apart from foreign object syndrome but i honestly don’t think i can put up with this. Some days are better than others and i am resident the temptation to poke and prod at the bone but it shouldn’t be there .

When i don’t think about it or if i sleep on my back with head elevated, it seems to get better for some reason.

Maybe i have misdiagnosed myself but i don’t see how i could and feel slightly better with ENT initial thought.

Hi there! Welcome! Glad you found us! ES is not controversial to me personally. I had a terribly annoying click on my right side that occurred every single time I swallowed and am now 3 weeks post-surgery and the click is a distant memory

. Surgery is a game changer if you have evidence of the condition and find the right surgeon.

I also welcome you on to this wonderful forum. In the Newbies’ Guide you have access to scientific articles about ES & it’s symptoms which can be quite varied between individuals. There is a base of fairly consistent symptoms of which the feeling of something stuck in the throat & the need to clear one’s throat constantly are included. Ear, throat, neck, jaw joint (think TMJ), posterior skull pain, migraines & vertigo are also more commonly on that list. Beyond that there are many other “outside the box” symptoms that can come & go some of which can be quite debilitating. Do some searching around in the Newbies’ Guide to gain further info about symptoms & scientific articles. Informing yourself about ES is quite important as you can take what you know with you to your doctors’ appointment & help to educate your doctor ( WARNING: some like having new info & some are resistant to receiving it).

I’m including links for an ES Doctors’ List for your part of the world & for a recent article that more clearly defines what ES is & what can be done to relieve the symptoms surgically. Non-surgical approaches include cortisone or lidocaine injections into the neck or lidocaine patches placed on the neck. Other options are prescription nerve medications such as Neurontin, Gabapentin or Amitryptiline. These have mostly been found to give temporary relief - from a few hours to several weeks. Only surgery can truly resolve the symptoms. An experienced ES surgeon generally achieves a wonderful outcome for the patient by removing a large portion or the whole styloid process at or near the skull base & by removing stylohyoid ligament as well. It’s possible the ENT you saw didn’t remove enough of the styloid process in the surgery he did & thus his patient was left symptomatic & surgery did not have a good overall result. 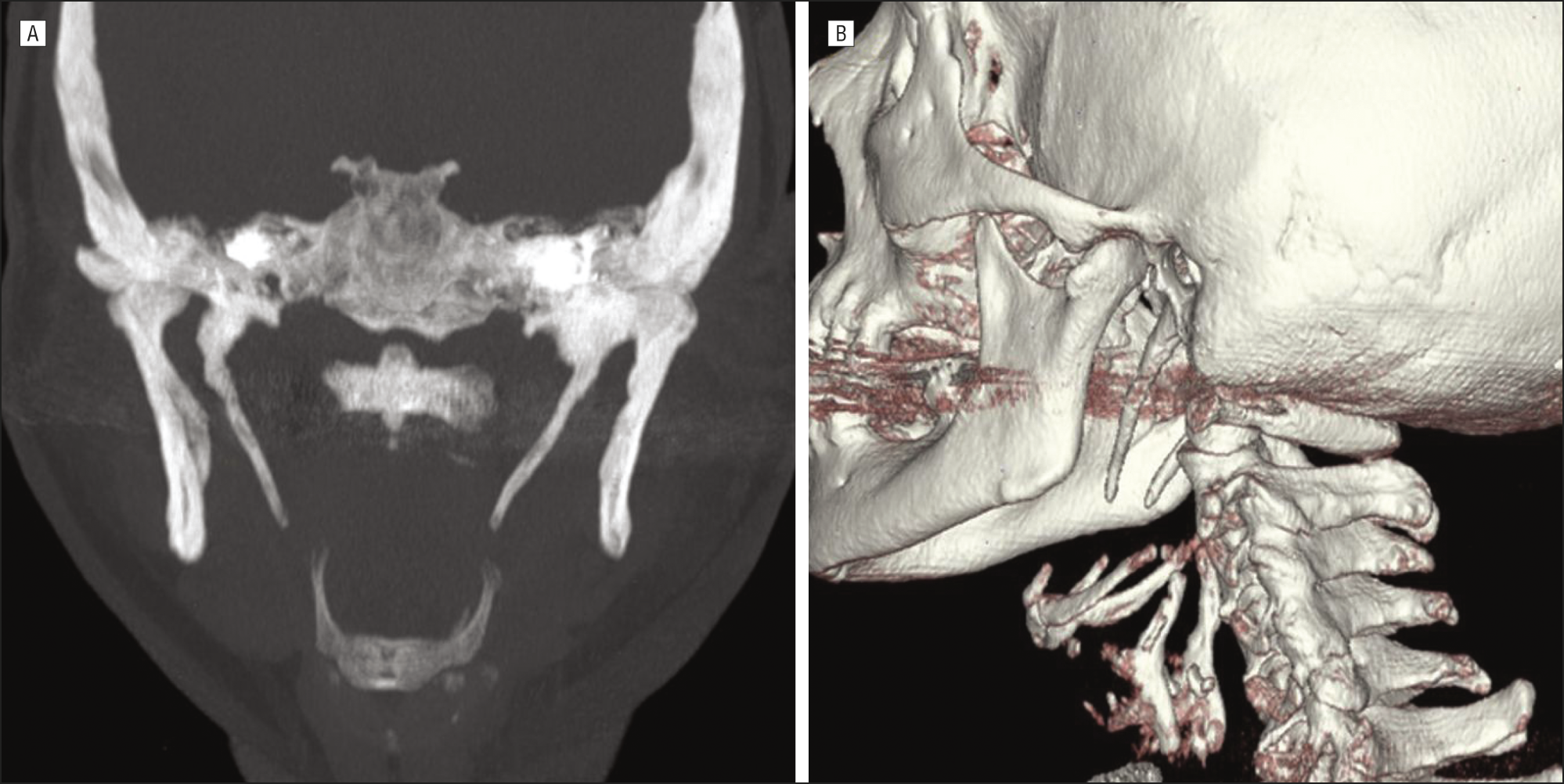 Read the articles on here on the right Cat Scan to get. They did the wrong one on me!
But Dr. was willing to put me under to operate on it and found it.
I too kept telling my ENT that it felt like there was a bone poking my throat.
He put me under and felt it immediately and diagnosed ES. They sent me to specialist who did the wrong Cat Scan - luckily then the very Head doctor specialist said let’s put you under and see and they said – found it as soon as put me under and ground it off.
I went thru hell the past 1 yr 4 months since surgery as the bone had poked the throat
for 2 yrs 6 months before they diagnosed me!!! It left a raw nerve in my throat after surgery due to scar damage for 2 1/2 yrs before being diagnosed~. So I am glad you are catching this early.
Stay on top of it and don’t get discouraged – read on here exactly what Cat Scan to get for ES!! Best of wishes to you!