Post surgery... How long did you have numbness and/or mouth droop?

I didn’t have mouth droop, but had numbness around my cheek and ear- that improved but took a year to go completely. Nerves can take quite a long while to heal, what you were told sounds a little optimistic… I know it’s hard but try to be patient.

It’s embarrassing talking to people as my mouth droop is pretty severe and i go back to work Wednesday. I try not to smile but it’s hard sometimes. I’ve been doing exercises i was given but feeling a bit frustrated

Hey Cadeley - A number of people on this site have ended up w/ a droopy lip from ES surgery, & I believe that most if not all of them recovered to a point where their mouths returned pretty much to normal. As Jules said, nerves are slow to heal. It might be a month or more before you really see a difference. DO NOT BE EMBARRASSED by this! I assume the people you work with know you had surgery, & you can simply explain that it’s a temporary nerve issue that will resolve with time. Laugh w/ them if they get funny about your new mouth shape. “Laughter is the best medicine”. Being able to take this in stride rather than being upset by it will certainly help you to heal more quickly.
I had a half paralyzed tongue instead of a lip droop coming out of my first ES surgery. I talked like I was drunk for a month then sounded like I had a speech impediment for closer to a year. I’m 2.5 years out from that surgery now & rarely have troubles speaking clearly.
Rejoice in the good that has come out of your surgery!

Went back to work yesterday and things are going well so far… sore wgen i get home. Absolutely no improvement in the mouth droop and numbness… wondering if anyone did physical therapy?

Also have NO mouth pain anymore 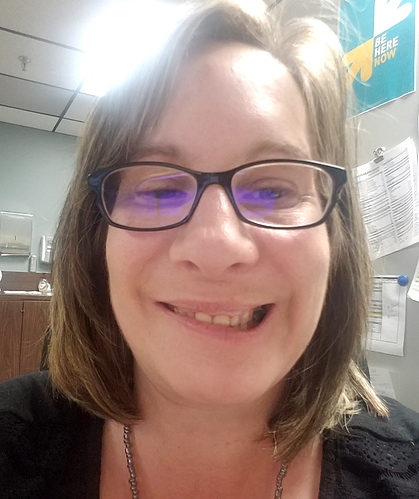 Glad that you can see some real improvements! It might be worth a try to see if there’s any physio exercises etc. to help.

Love your picture! I still say patience is key. You’re very early in recovery. I truly believe you’ll see improvement as the days pass. If you get to the 6 week to 2 month mark (don’t mean to override Jules opinion here) w/o improvement, then it would be worth looking into PT of some sort. I know there are people in CA who do facial PT. Someone who works w/ people who’ve had a stroke would probably be a good candidate.

I’m a couple months away from my surgery and worry about lip droop very much! I appreciate your picture since I envision it much worse! I’m sure you’ll be fine!

Thanks everyone… no improvement yet… some days are worse than others though… starting physical therapy for a for problem so i may ask to have therapy for this added next week.

I wanted to see how ur recovery is going. Wishing u good health

I’m doing fine… no pain at all but still have a mouth droop but it is slowly improving. I scheduled the surgery for the other side december 4 since i have met my max out of pocket on my insurance but i haven’t really had any symptoms with the other side since the surgery so im unsure what to do… 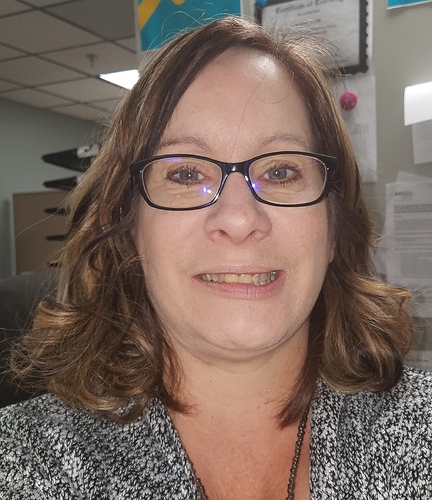 Your mouth looks very much improved. So glad the nerves are healing. It seems that often the post op troubles you get w/ one side don’t occur on the second side. Also, often the second side is quicker to heal from than the first. We’re not quite sure why that is unless our bodies learn what to expect the first time around!

You are very fortunate not having pain from your other elongated styloid/ligament. For many people, the remaining ES symptoms get worse after the first styloid is removed.

Waiting on your second surgery until you actually have ES symptoms isn’t necessarily a bad thing. There are supposedly lots of people in the world who have ES but no pain so they don’t even know they have it. If it’s bothering you knowing that long styloid/calcified ligament is there & you’ll be pre-occupied w/ that fact then having the surgery will likely prevent future problems. You know what to expect now at any rate.

Thank you for the update!

Looking good Cadeley! Glad that things are improving!
It’s a tricky decision having the second surgery if your symptoms are not really noticeable; mine worsened a bit on the 2nd side after the 1st was done, but it could just be that as the other side was the more painful one it masked the 2nd side, I don’t know! I did have a few lingering vascular symptoms which I wanted to be rid of, and the thought of that stick of bone still squashing my jugular did play on my mind! But there are risks with any operation, so it’s not a decision to be taken lightly… I’m in the UK, so we have a different healthcare system, and what made my mind up too was the thought that if I could no longer get the op on the NHS (not out of the realms of possibility with the cutbacks!), or if the surgeon left… I decided to get it done while I still could! I don’t know if there could be a possibility of something similar happening, if your insurance could refuse it later down the road etc.?
Anyway, pleased to hear that you’re doing well!

I’m six weeks out and still have numbness. Dr says it will take up to 3 months and sometimes a year for the nerves to heal.

Indeed that is true. I actually had my last surgery 8/2015 & my facial numbness is still improving a tiny bit at a time. Be encouraged & patient!!

I still have a very small droop but had my 2nd surgery yesterday and don’t seem to have much of any of a new droop:-)