Thank you all for your kind words and encouragement. It means a lot!

I had the MVD done 5 days ago. Being honest, it’s a brutal surgery. They found definite compression on the 5th cranial nerve. @KoolDude was right. The doc found the SCA to be compressing number 5. The PICA was compressing 9, 10, and 11, however, it sounds as though the vagus nerve (#10) was by far the worst offender.

The surgery has left me with with right velopharyngeal insufficiency with reduced soft palatal movement . It’s unclear to me if this could be from intubation or nerve irritation. I was assured that this deficit is temporary and that the nerves are “healthy”. They say it can last anywhere from 2 weeks - 2 months. But say it’ll get better as the nerves heal.

Any words of wisdom are appreciated.

My glossopharyngeal nerve was irritated during my first ES surgery & though my symptoms were different, they were also slightly the same as what you’e going through i.e. speech & eating/swallowing normally were absent for me for awhile. Don’t panic if you’re not fully recovered in 2 mos. My situation took longer than that to resolve BUT IT DID. You’ll get there, too. I’m do glad this surgery is behind you. Hopefully the benefits will soon be very obvious. Do what you need to, to take care of you for the next few weeks & let your family/friends “do the heavy lifting”. It’s your turn to be catered to for awhile!

My poor wonderful spouse! That’s all he’s done for the past several months…take care of me.

He loves you & is devoted to you! That’s AWESOME!! I’m sure you’ll get a chance to reciprocate at some point!

@1speechpick I am sure you will fully recover. This was not any easy surgery from what I have read. Now? Rest, rest rest and we are all wishing you a quick recovery. Hopefully then you can reassess.

Does sound like it’s been tough, I’m praying that you recover soon from the surgery, & that the nerves heal well. We do see on here that nerves can take months to heal, so be patient…it’s a different surgery I know, but the stress & irritation of the nerves must be similar. Members have had facial paralysis after surgery & it does resolve with time, hope that reassures you.
Sending you hugs

Thank you all for the kind words. Im 9 days post op and still havent made much progress yet. Im used to bouncing back quickly but this time its different.

This was a VERY MAJOR surgery. ES surgery is a bit like that, too. Much slower to recover from than one would expect. I was really surprised it took two months for me to regain my energy & begin feeling normal.

Extend grace to your body & continue to take it easy. You’ve had some serious physical invasion into an area that isn’t meant to be tampered with. Your body is now recovering & testing out the new orientation of things in the surgical area. You will get better but it may be by baby steps not giant leaps. I’ll continue to pray for you to see signs of recovery & be encouraged.

@Isaiah_40_31, thank you so incredibly much!!! It’s definitely going to be in baby steps. Today’s accomplishment was a shower and sitting on the coach downstairs for an hour lol!

That sounds like GREAT PROGRESS to me!! I’m glad you were able to be up for so long!

Well, I’m at exactly the 2 week post-op point. Things are generally slowly progressing. However, there is one post-op complication I’m having that really concerns me. My soft palate has decreased mobility on the right side. Right after surgery I was having nasal regurgitation of liquids due to this problem (during swallowing the soft palate seals the nasopharynx so food and liquid don’t escape through the nose). Things are some better but not at all close to baseline. My speech sounds nasal.

This is all likely due to manipulation of the vagus nerve on the right side. The vagus nerve is responsible for motor innervation of the soft palate. I just hope this regenerates, even if it takes a long time.

Mine mostly (80-90%) resolved within 16 months so far. Initially my uvula on the operated side was visibly weaker and wasn’t moving properly “up” on that side. Gag reflex on the op side was reduced too.
Started improving about 4-6 months post-op. Mostly resolved now, 16 months after the surgery (the surgery was just a partial success, as the remaining stub of the styloid is still longer than a normal styloid should be ).

Thank you so incredibly much for your input!! I actually had a Microvascular Decompression surgery but had manipulation of similar anatomy. I’ve never met anyone else who had reduced palatal life as a side effect from surgery. I’m so glad to hear that your has mostly regenerated. I’m hoping mine will too. You’ve given me hope! Thanks!

Did you go through any type of speech therapy or just give it time?

I guess as long as you have any even the slightest sensitivity in that area on that side, it eventually will regenerate as the nerve pathway and nerve blood supply is still there.

As for the speech therapy… 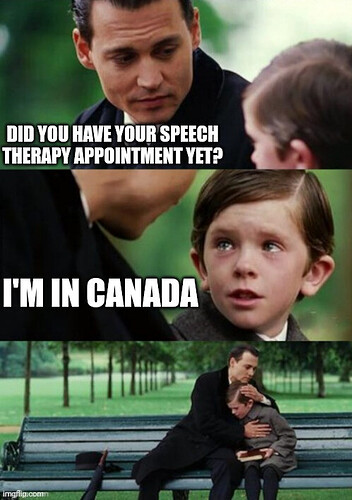 I tried various exercises based on how it “felt” “there”, mostly activating digastric and other muscles on that side.

Did it temporarily affect your speech as well?

When I had my swallowing & tongue issues post op, I looked into getting swallow therapy i.e.offered for stroke victims. I was approved by the therapy clinic for it but had to have a referral from my PCP which he refused to give. Told me I didn’t need it. I was mad because he wasn’t living in my home listening to me choke every time I took a drink of water & didn’t see me struggling to eat my meals, BUT I was no self-advocate back then, so I let it go. I am sorry I didn’t pursue it as I think it could have really helped me. It might be something for you to look into @1speechpick.

@1speechpick First, I wish you rapid recovery but I am wondering if other symptoms you had prior to the surgery are improving. if they are, at least you have something to be hopeful about with even remaining nerve issues.